Once again I was poking around the binaries that my honeypot collected and I found a really interesting DLL. Mainly because there was no obfuscation at all. This has been a fun one to analyze.

So again, the first thing I noticed was the complete lack of obfuscation. Not even packed with UPX or a simple XOR.

I uploaded it to Virustotal: 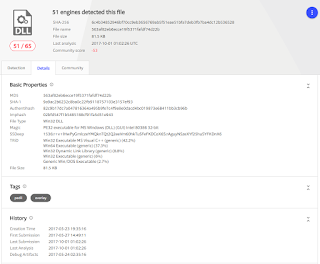 Pretty high detection rate. Looks like it was first uploaded back in May of 2017.

Doing some initial static analysis in IDA, I realized this is just a simple stager. The graph view in IDA really shows how simple it is: 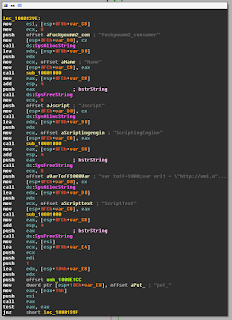 This function seems to be the main purpose of this stager. Notice the offset aVarToff3000Var that gets pushed to the stack. Looks promising! 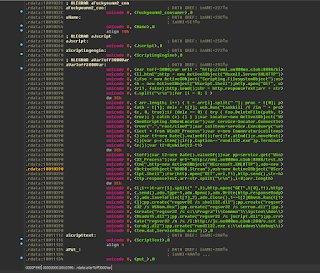 Well what do you know, looks like some Javascript. Among other things, this Javascript reaches out to few different locations to retrieve some additional crap to dump on your computer.

So naturally I decided to see if I could get my hands on these. 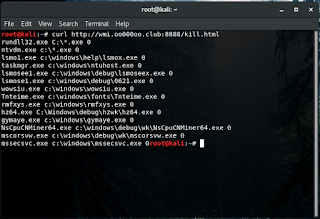 So using curl, I found that kill.html seems to be instructions for killing several different processes, a kill switch of sorts. The one I found th most interesting was:

It doesn't take a whole lot of imagination to figure out what this is. A brief google search lead me to  a github repository: 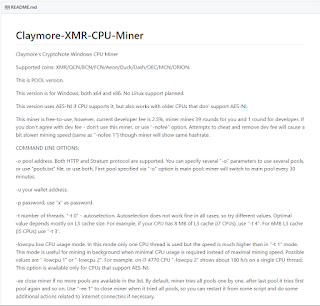 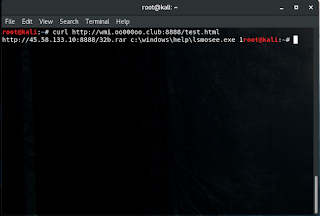 A .rar file. I wonder whats inside... 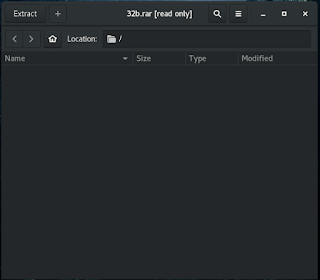 Nothing? But its 1.9 MB. This led me to believe this is not an actual .rar file. So I opened it in CFF explorer to check it out. 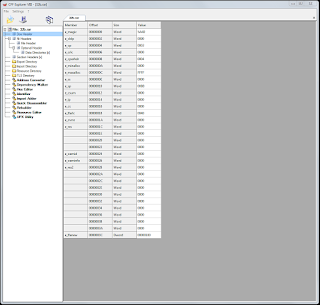 Opening this up in IDA reveals that this file is heavily obfuscated. It will take me a bit to de-obfuscate it. I will get back to this soon.

I decided to keep digging through the original binary to see if I could find anymore hints. I found one more URL: 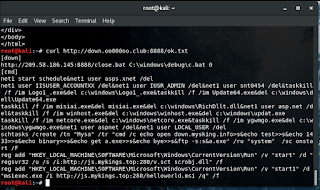 Looks like some taskkills, registry adds and a few other things:

Lets see what this batch file has to offer.

Lets see... so it makes some firewall changes and blocks all SMB traffic, shuts down some processes, and adds two scheduled tasks, one of which I found particularly interesting:

This connects to ftp.oo000oo.me and logs in with a username and password of test:1433. Sweet password guys. 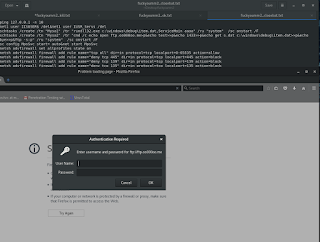 This was also an executable disguised as a .rar and is also heavily obfuscated. The techniques used to obfuscate this one are very similar the 32b executable I downloaded earlier. If I can figure one of these out, the other should be fairly simple.

In the second part of this write up, I will hopefully de-obfuscate these binaries and get a better idea of what this mess is up to. I'm thinking that one of these binaries is going to be the CryptoNote mining software. I guess we will find out!

EDIT: Turns out that these binaries are protected with VMProtect 3.x. I don't think I will be able to unpack these with my current skill set.
Posted by Unknown at 4:27 PM 3 comments:

Right back at ya buddy.
Posted by Unknown at 9:21 PM No comments: